The struggle is real… 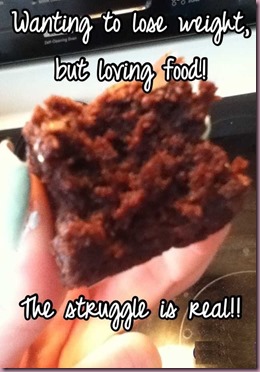 In all seriousness, since I know not all of you look at the comments in each post, I didn’t want you to miss the link that reader Tungster sent:

I mean it’s nothing we haven’t already known, really, but it’s yet another study showing that for the obese, and especially the morbidly obese, major weight loss – to the point of achieving a normal weight – is pretty much impossible.  And for those who DO achieve it – it’s inevitable that you gain it back.

I read the article right before heading out to take my boys on a long morning walk.  So I had a lot of time to think.  And, as I approach the 3 year anniversary of achieving my goal weight, and knowing how profound of a failure I am going to feel on that day, I was pretty demoralized.

But as I kept walking, I kept thinking.   There are lots and lots of obese and morbidly obese people in the world – not just in the USA (this study was actually British).   This study shows that most of these people fail in their desired goal.  Does that mean that all of them, including me, are defective?  That we lack the very basic self-control?   That we all are LOSERS?

No, I don’t think that this can be true.  I know many really fat people who are also AWESOME human beings.  So if obesity is a disease – as we’ve come to recognize other diseases like addiction and mental illness which were previously thought of as “moral failures” – that means that many of us are fighting and fighting against ourselves on a daily basis.  Be it genetics or whatever, there is something about us that makes it harder then for the non-obese person.
And then there’s the other part of the story that talks about the incredible health benefits of losing even 5% of your body weight.  So for everyone out there who weighed 250 pounds and who now weighs 200?  You’ve increased your life expectancy as well as your quality of life incredibly.  As have I, even with the weight gain.

Accepting that this struggle will be a struggle forever?  It sucks.  But this study just shows how stacked the cards are against those of us trying to lose and/or maintain.

So we can either throw up our hands and say fuck it, or fight on.  And while we’re fighting, maybe we appreciate that others are in the same boat.  Maybe we congratulate ourselves for the progress we have made.

I don’t know that I’m there yet.  I still see myself as a pathetic failure today.  But, according to this story, I have won a battle I should not have been able to win by initially losing a lot.  As have many of you!!  And if I win enough battles, maybe I win the war?

What are your thoughts on this?