On July 26th of that year, in a town called Penfield, near Rochester, a beautiful Boxer named Mystic was giving birth to a large litter of 11 puppies.

A little white boy with one fawn ear was number 10 out of the chute. 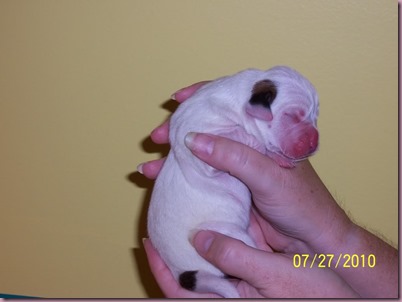 I had no idea these babies were being born.  But soon that would become extremely important to Marc and I.

A couple weeks after their birth, while the breeders were busy assessing the health, conformation potential, personalities and deciding which applicants their puppies would go to, Marc and I were dealing with the sudden and heart-breaking loss of our German Shepherd, B’Elanna.

The rest, as they say, is history.  Marc and applied to be the adoptive home for “puppy number 10”.  We traveled to Penfield and met the breeder, Mystic and her puppies.  And, in late September we brought home our new baby who we named Archer. 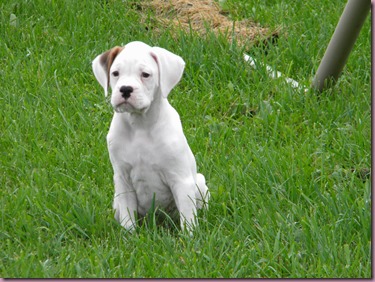 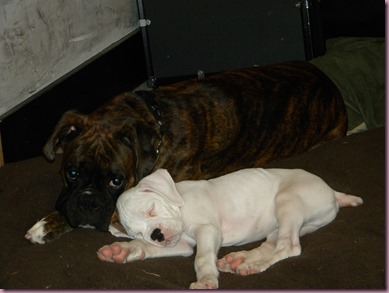 I would never have guessed that he would become my running buddy or that we would start his 5th birthday with a 10K walk.

What doesn’t surprise me is how much I have come to love this little shit – even when I want to strangle him.  Or how much I value the unconditional love and support I get from him.

If you don’t love dogs and animals as much as I do, then you probably can’t understand why I celebrate today.

But those of you who “get it”?

Please join me in wishing a huge Happy Birthday to my baby boy! 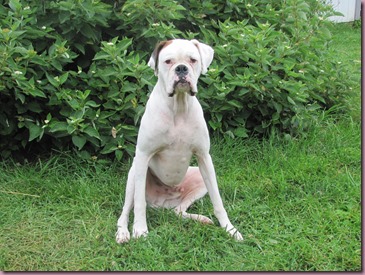