Last year we had a small Bantam Rooster.  He was a tiny but sweet little rooster, and the hens bossed him around like crazy.  He was no match for the foxes when they came and he was killed along with most of the hens.

So when we were getting a new rooster, we wanted a bigger guy and when we went to the farm that was giving away roosters and they told us to take our pick, we saw a very young Jersey Giant.  So we took him and named him "Tony" - JERSEY Giant, get it?  Yeah, we are CLEVER! 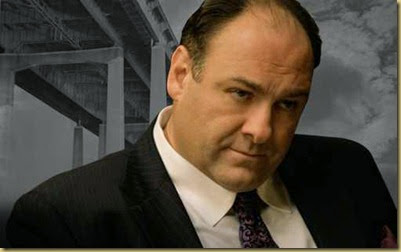 And he has grown to be a big beautiful rooster.  He takes his "job" of protecting the hens VERY seriously.  This includes the babies we bought in the spring.  We were outside one day and the new girls were pacing back and forth afraid to walk by Chakotay and Archer who were lounging in their path.  So Tony runs over and positions himself between the hens and the dogs and puffs out his chest allowing the girls safe passage.

He is big and definitely has very little fear.  I don't know if he would be any match for a fox or other predator, but I am supremely confident that he would put up one hell of a fight! 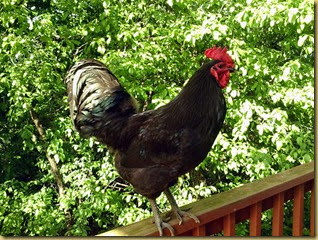 So that's what makes the following so frustrating.  He has attacked both Marc and I twice.  The first time was last fall when he ran at Marc and tried to get him with his spurs.  I chalked that up to a teenage type behavior that was an anomaly.

But a couple months ago I was walking in the house and got slammed in my legs from behind.  I was confused and then realized that Tony had attacked me.  I ran at him in a threatening way knowing full well that he would turn and run.  WRONG!  He launched himself in the air and came flying at me.  I kicked at him a little and he went down, got a running start and launched himself at me again.  So I fucking kicked him.  And when he landed, he gathered himself and really came after me.  That time I punted him hard and chased him.  He finally gave up and ran.

I was so shocked.  I told Marc that normally he would become rooster soup.  But he is SO good to the hens and 99% of the time is totally fine.  We can walk right up to him and he is as mild as can be.  We can even hand feed him without him showing an ounce of aggression.

But since then, he went after me once again (and immediately retreated) and right before vacation he attacked Marc out of nowhere and actually CUT HIM on the ankle with his spikes.  Marc kicked at him with his foot and his slipper came off so he grabbed the slipper and got in a few smacks with it and Tony hauled ass.

Marc has since cut off his spikes and we hope dear Tony has learned his lesson.  Because I don't want an animal around I can't trust!  He's lucky that he is such a wonderful "husband" to our hens or he would be a goner.  But if he attacks again....