The other side of the coin....

I'm a little hesit﻿ant to make this post, but I wanted to follow up on yesterday's discussion.  We all agree that society in general treats thin people better then they do fat people, right?

But interestingly enough, there is another side to this coin.  There is also people that won't treat you as well for losing weight.  I have been very lucky that I, for the most part, have been very supported by friends and family during this journey.  However, as I've gotten down to my goal weight I've noticed that there is some jealousy involved as well.

Some of this comes from strangers - I have even had people - and it is usually women - actually glare at me when I'm out running or even when their significant others hold the door for me.  Usually they have some weight to lose.  It's a funny thing.  I always make the assumption that they think I've always been thin - I've resisted the urge to stop and tell them different.  But even more noticable is some friends that seem to be jealous of the progress I've made.

I guess I was always "the fat friend".  I was known for being really smart and really funny, but I was never the attractive one.  Now don't get me wrong - I don't think that I'm all that.  In fact, one of the sad things for me about this journey is that I always thought that if I lost weight that I would be really pretty, and that's definitely not the case.  But I am okay looking, I guess.  Also, I have garnered a lot of attention for the weight I've lost and that makes some people jealous as well. I was interviewed for our local newspaper last year and when I was talking to a reporter about the article he wrote I actually had a co-worker rudely interrupt us and ask in a snotty voice if he was done talking to me yet.

One way I do feel lucky is that Marc is not the jealous type AT ALL.  He doesn't mind other guys checking me out - in fact, he is more like "That's right - check her out - she is MY wife."  But I know a lot of women whose husbands become very threatened and jealous when they lose weight and become more attractive.

Sometimes people still try to sabotage me - like offering me cake or cookies and then when I say, usually in a light hearted way that I don't eat that stuff I have even had people roll their eyes at me.     People are people, I guess, and, as Jim Morrison said, People Are Strange!

So just be prepared for this as well - not everyone is going to support or encourage your journey!!  But remember, you have people in your corner, use them and forget about the haters! 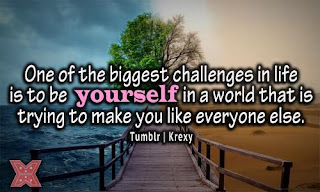