A visit to my primary care doc...

﻿I saw my primary care doctor today for a yearly physical.  I didn't even need to see him this year - he usually sees me every other year - but I wanted to talk to him about a couple of things and I was interested in getting some lab work done and seeing where I stand.

This is especially important to me after turning 40.  For those of you who don't know, my father died suddenly of a heart attack when he was 42 years old.  His father died at age 49 of a sudden heart attack.  AND my maternal grandfather had heart problems and suffered a heart attack. 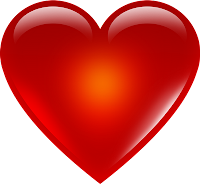 First the vitals:
A little low, in a good way.  The charts list me as an "athlete" for having this low number.  Um... really?  That's pretty cool.
Low normal - another good sign!  I sometimes get dizzy if I just up from sitting or laying down, and a little bit low BP explains this.  But people with low BP have a lower risk of stroke, kidney disease, and heart disease.  That's a very good thing considering my family history!!
I've always had a lower then normal body temp, and it's dipped even more since losing weight.

Now on to the lab work:
Low normal - I wasn't really worried about this, but it's nice to see a normal result in black and white!!
Total protein was a little low - not uncommon for someone who has recently lost weight.  I didn't really need a lab test to tell me that my kidneys are working fine.  Peeing like a 100 times a day tells me that!!!!!!
So if my thyroid levels are normal - which I'm happy about, don't get me wrong - why I am SO FREAKING COLD ALL THE TIME???  My doc says that this is just a matter of my body adjusting to having much lower body fat.  He says that this comes most often with people that have lost 50% or more of their original weight, and I have lost about 66%.  Plus my metabolism is a little slower now from 2+ years of being on a restricted calorie diet.  He said that my body will adjust.  I hope the hell so!!
I was pretty disappointed by this - even though it's normal, I thought it would be much lower.,  Doc says nothing to worry about whatsoever.  I have no other risk factors.  And when you take these into account:
Both of which are near optimal, and
which is pretty much rock bottom, that a level of 189 is pretty well perfect and nothing to worry about.  I don't exactly have heredity on my side, either!

I asked the doc to tell me what an ideal weight for me should be.  He said to gauge how I feel.  I told him I feel good, but might feel better lower.  He said that he would like to see me between 120-125.  Hmmm... I said I was thinking 115-119.  He was okay with that and said that he does not like to see anyone's BMI below 20.  For me, that's 106 pounds!  But he said that given my muscle mass, that 120 is the most reasonable.  Then he suggested I meet with a dietician.  Not that there's anything wrong with my diet, but they have a big formula for calculating ideal weight, body fat and telling me how much I should be consuming, calorie wise, for maintenance.  Since I have good insurance that will pay for this, why not?  I can at least hear what she has to say.  That appointment won't be until October.

So I've talked a lot on here about appearance and how people react to weight loss, but this is really what it should be about - being in good health.

My cholesterol was over 260 a couple years ago, so if you are reading this and suffering health problems due to your weight - GOOD HEALTH IS A FEW POUNDS AWAY!  Keep on losing, losers!! 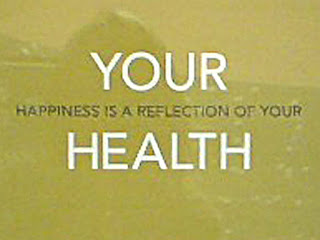