Voices in my head…

It’s like a grand conspiracy. Every time I have sat down to make a blog post for the last several days something has happened and I haven’t made a post.

I am in a state of flux right now - minute by minute telling myself that I really am doing okay, and in the next telling myself that I am a complete disaster. As the cooler weather has descended on us that bring with it two issues that I have to address. One is pulling out a whole new set of clothes to find that they don’t fit and the subsequent barrage of self-hatred and an emotional meltdown. The second is a yearly thing that I have battled for YEARS and I know a lot of you out there do, too - as fall and winter approach there is the desire to come home, bury myself in thick blankets and not move. Except to eat - I can ALWAYS find motivation for that!!

So knowing that these issues are staring me right in the face, I’ve tried to take the focus off my weight specifically and the demands of what I “should” be doing workout wise and concentrate on what it means to be happy and healthy.

My friend and I were talking about the whole Extrovert - Introvert thing. I am quite clearly an Extrovert. What I have always thought that I am unique in is the fact that at times when I am not in a social setting that I retreat deeply into my own mind. Turns out that is quite common in a lot of Extroverts. It can be a very lonely place when you have a constant internal dialog which is often pretty mean to you. I told my friend that if I had someone in my life who talked to me the way I talk to myself I would totally get rid of them - but how do you get rid of yourself?

Well, one way is to get the hell out of my head. I have concentrated on not drifting - on being fully present in what I am doing. For example I took Archer for a run last night. And instead of putting on the headphones and just mindlessly running to get it over with - to “earn” what I was going to eat for dinner, I went without headphones. I focused hard on my breathing and the way my body felt. I watched Archer running alongside me. I tried to smell the fall air.

I think I have been this way for a very long time. Being hugely outgoing and then, when not around a lot of people, going way into myself. Half paying attention to everything else going on around me… I watch TV and 5 minutes later have no idea what the show was about.

What the heck does this have to do with weight loss? Well, when I was reading about extroverts that have this issue, some articles talked about people like Chris Farley and Robin Williams. Is there really that much difference between Chris Farley coming home after KILLING it on Saturday Night Live and while alone in his apartment snorting a boatload of cocaine and me coming home after talking all day with clients and standing in front of an open jar of peanut butter shoveling it into my mouth mindlessly? I don’t know that those things are totally different from one another!  It’s all part of an addiction process.

Maybe if I am not so absorbed into my self - analyzing, over analyzing, debating, questioning - I can get myself back together. I’ve tried so many things lately but sooner or later something has to click, right??? 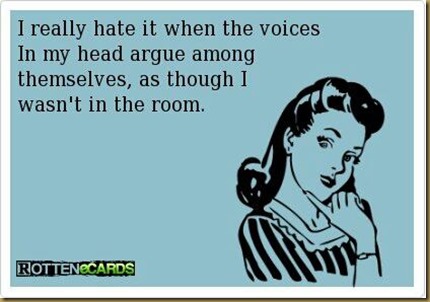